Dairy Farmer from the US, 800 cows

Chad Butts of Willow Breeze Farm located in Homer, New York, has been using herd health monitoring technology for seven years on his 800-cow herd. In the beginning he decided to give the smaXtec technology a shot through a pilot program, running it side-by-side with his current monitoring system to compare the data and see if it was valid. “It was spot on, and it was really accurate,” Butts says and started using smaXtec in March of 2022.

Treatment protocols based on accurate data

smaXtec’s highly precise measurement of inner body temperature is crucial for the farmer because it allows him to make treatment protocols based on accurate core temperature and rumination. “We can develop protocols as to what that data is generating, our employees can look at the data and then they can make a treatment decision based on that,” Butts says. “To me, that’s really cool and very beneficial. It allows us to focus on cows that may need attention.”

In one instance, smaXtec proved to be a real game-changer to their vaccination schedule. Butts has noticed when they vaccinated several dry cows that the very next day, they had a bunch of temperature alerts. “I was like, ‘What is going on that we have temperature alerts in the dry cows?’. So, as I'm going through the group looking at the cows and looking at their cow cards and our herd management software, I was like, ‘Oh, they got vaccinated yesterday’.”, Butts reports. The vaccine was strong and really gave a temperature alert and a drop in rumination at the same time. Those cows recovered very quick, and the next day were right back to normal in the dry pen. Butts has also been vaccinating the cows within the fresh pen, around 30 days in milk, and periodically noticed cows at that time going off feed. “I always thought it was an awful coincidence, but I didn't really think the vaccine was generating that much of a response. After implementing the smaXtec system, it became clear that a day after vaccination these cows were generating a high temp alert and drop in rumination, causing some to go off feed for a day or two. This was particularly hard on the fresh cows, who were really ramping up production and then we threw a roadblock in front of them. So we actually changed our entire vaccination schedule in our fresh cows based on this observation”, Butts resumes.

The other benefit of smaXtec that Chad Butts enjoys is the calving alerts, due to his dry cow barn being set up for just-in-time calving. "Cows are not moved until we see signs of calving and sometimes, if missed, the cow can calve right in the stall. Monitoring this has become more difficult because at night we have the fewest people on staff," Butts says. "smaXtec allowed us to get an alert saying which cows are going to calve within 16 hours. Now, the employees can focus on three or four cows instead of walking through 50. It gives them the ability to confidently go into each pen and make sure they're checking on these cows."
The farmer was a little bit suspicious of the calving alerts at first, thinking, if it really could be that accurate. “When we did the trial period, I made sure to put the majority of the 50 boluses in our pre-fresh pens to make sure the calving predictor was accurate. And it was accurate,” Butts says. “I would say it is probably 85 percent accurate if not higher.”

Chad Butts believes the smaXtec features are the next level in herd health monitoring. He enjoys being able to look at the data to make accurate management decisions to take care of his cows the best that he can. “In my opinion, all activity systems give you peace of mind that something is watching your cows 24-7. We had a system tracking similar data previously but adding these features of tracking core body temperature and a calving alert makes me feel like we're at the next level of cow monitoring for extra assurance that we're not going to leave any cow behind, and that's our goal.”

Butts started using the new system in March of 2022 and says the installation was super-simple and easy. “All we needed was power for it,” Butts says. “We ended up putting in four base stations. Three at our main facility and another base station at our off-site heifer barn. The off-site heifer barn did not have internet access and not great cellular signal, but the system has been working great there.”

Intervene quicker in case of diseases

In the future, Butts says he would like to have all heifers 12 months old and older on the smaXtec system. Before the installation the farm ran into a sort of viral sickness with a group of pregnant heifers. “It came in and left really quickly, but it caught us off guard,” Butts says. “I feel like if we had smaXtec and were monitoring those animals, we could have maybe intervened a lot quicker.”
Butts says there weren’t any challenges with the smaXtec system to implement other than understanding and making full use of the data and reports. Butts’ biggest advice for other producers would be to make use of all the data being collected. “I really feel like you’re really missing out on all the benefits of the system if you're not utilizing all the data,” Butts says. “You can look at the system from a distance and see the basic alerts that it generates every day, which is great, but it's got so much more information that can help you make accurate day-to-day herd management decisions.” 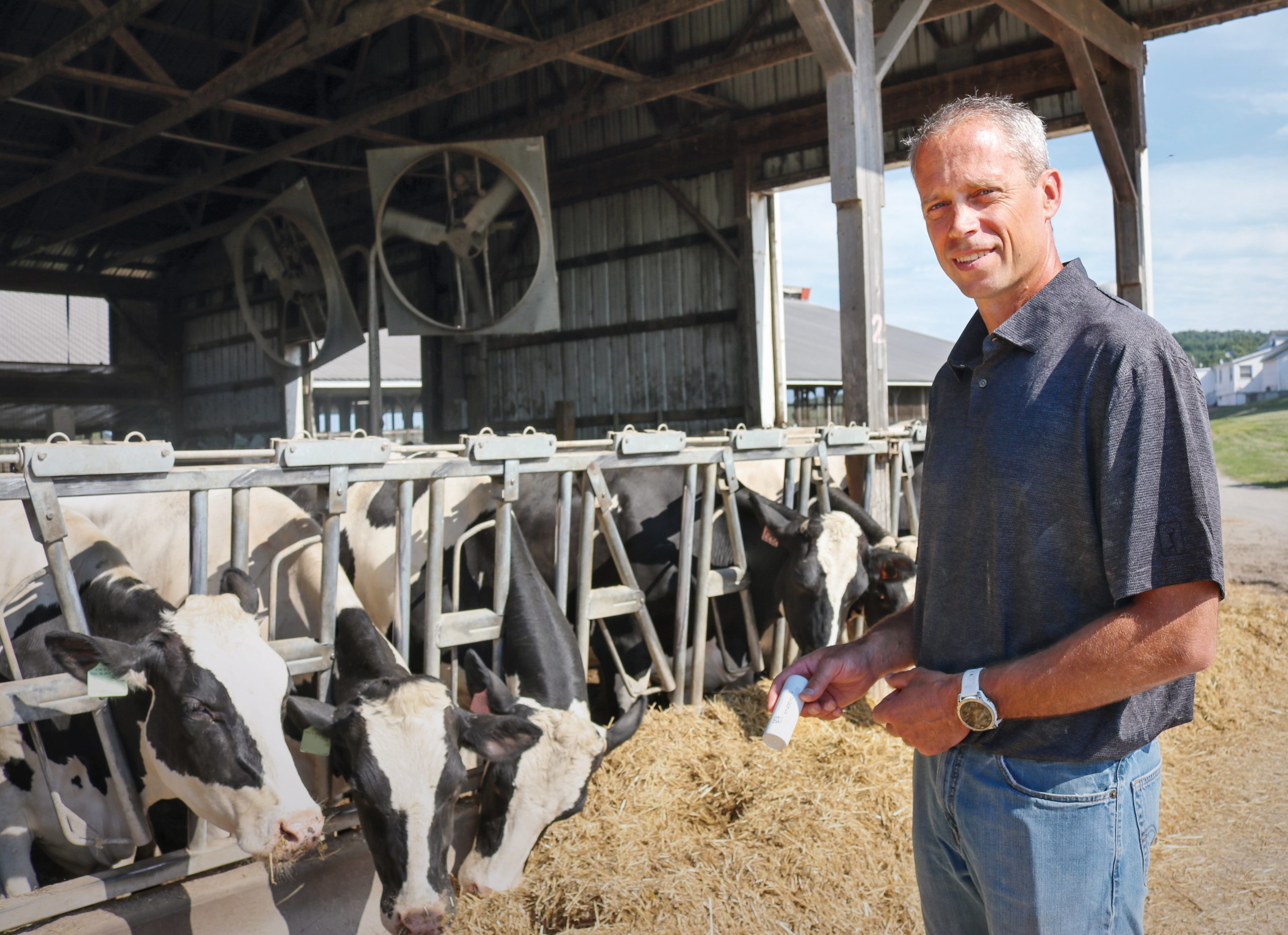 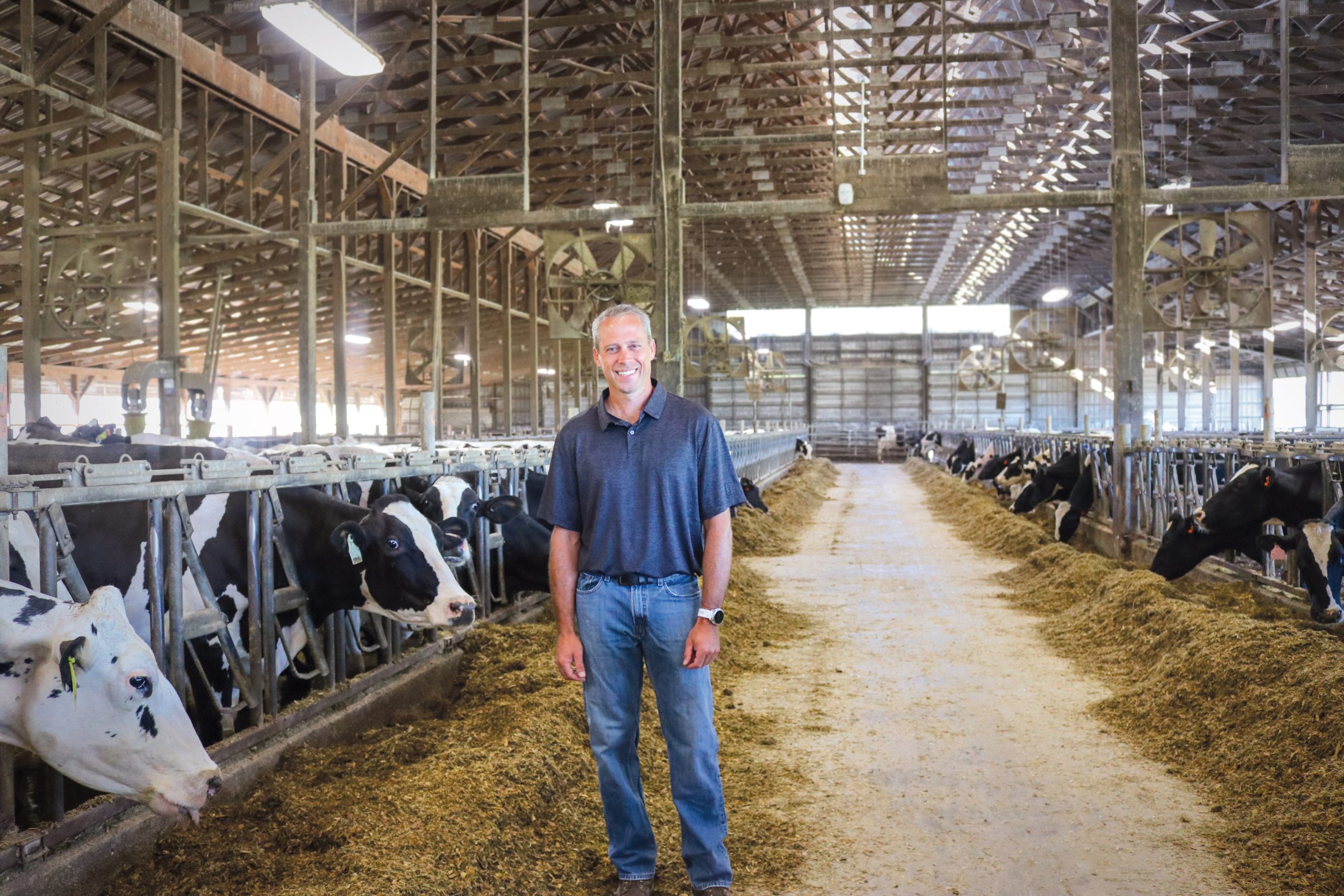