Dairy Farmer from the UK, 180 cows 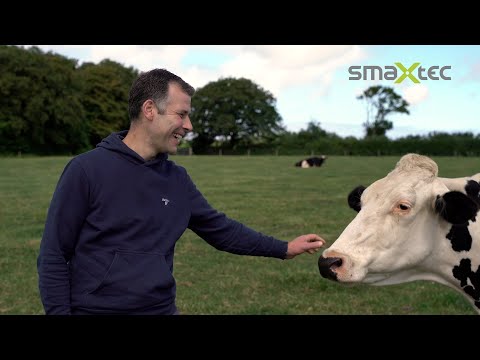 Farmer Jon Cleave has been using smaXtec on his farm in East Youlstone since 09/2018 and so has reasonable length of experience. “I chose the system predominantly for fertility, because we needed to pick up those cows that we weren't seeing bulling and reduce the calving interval“, he reports. Today he’s looking much more for the herd health system and calving monitoring.

Jon Cleave understands that herd health for any dairy farmer is key. smaXtec’s early detection contributes significantly to this because it facilitates early intervention by the farmer. “It's the early interventions that are important, and quite often you can resolve an issue before it becomes a problem”, confirms Jon Cleave. Regarding mastitis as a common concern of every dairy farm, he points out: “The ability of smaXtec to continually monitor the cow’s temperature and give you an early health alert to that is key. If I did see a case of mastitis, it's going to have been picked up by smaXtec roughly 12 hours earlier. It gives you the opportunity to focus in on that one animal to give her a little bit of extra attention to make sure that she's okay”, he reports.

Because of the early health warning the farmer can act early and solve a case of mastitis with just using an anti-inflammatory. “That's dramatically reduced our antibiotic usage”, says Jon. There's a target of limited antibiotic usage in the UK by 2024. “We were at one-third of that level. So we are already well ahead of what the industry is expected to achieve”, the farmer explains. “In terms of the amount of antibiotic we use in it, it's dramatically decreased, which is obviously a good thing. I would say overall, my cows are healthier”, the farmer explains.

“Actual data rather than just anecdotes”

“In terms of ketosis and things like that, one of the newer features is the rumen monitoring graph”, Jon reports. Farmers can look at the rumination graph and detect whether cows are at risk for a subacute ruminal acidosis and if so, adapt the ration to respond to it. “A good herdsman is going to say, ‘Oh, yes, I can see the cows are better.’ But smaXtec is giving you a visual tool and actual data to see when the cows have got better rather than just anecdotes”, says Jon Cleave.

“Our ability to catch cows bulling has dramatically increased”, says Jon. At Youlstone Farm, the heat detection and calving alerts contribute significantly to increased reproduction numbers. “I'm picking up the cows that would have been missed in terms of not showing bulling. So therefore, I'm presenting less cows to the vet for routine fertility work”, explains Jon. The early detection system helps increasing the economic success of Youlstone Farm. “It's finding an issue, resolving it before it becomes a problem. We can sell surplus heifers and things like that because fertility has increased. Obviously, that all feeds into costs across the board and helps on the bottom line”, Jon Cleave resumes. smaXtec points out the best insemination window for each cow and sends notifications to the farmer. This has increased conception rate on Youlstone Farm: “We are detecting more cows coming bulling more of the time, particularly when they're away from the farm buildings. With labour shortages, you just haven't got the time to be there looking at the cows all the time. It's a pair of eyes watching the cows 24/7.” Over a four-year-period using smaXtec, Jon Cleave has managed to reduce the calving down age by a couple of months and the calving interval by about 25 days.

“The smaXtec system monitors when the temperature drops. Then the likelihood of the calving will increase. We'll get a notification about 12, 18 hours ahead of calving, which allows you to pick her out in an individual calving pen or make sure is in the right group well ahead of time”, the farmer reports. The calving alerts from the system lead to more successful calvings on Youlstone Farm. “Because if you're there monitoring the animal when she's calving, the chance of having a successful calving is much higher”, Jon explains.

“An extra pair of eyes looking at the herd is key”

Labour is a key pressure on any farm. “There's no substitute for a good stockman or a woman for that matter. But the fact that you've got somebody or an extra pair of eyes looking at the herd is key”, says Jon Cleave. Thanks to smaXtec, the farmer can have an eye on the herd even if he’s away from the farm. This gives Jon Cleave the secure feeling that the herd is well looked after.

Jon Cleave is very pleased with the smaXtec support team. “They have always been on the end of the phone or a text message whenever I've needed them”, he says. After his four years of experience, Jon Cleave believes that when you consider everything smaXtec does, farmers get good value for money. “If you consider just on a fertility basis, shortening the calving interval, probably has paid for it. On all the other aspects, not losing those additional calves, and if you think about things like cows that are being treated without using antibiotics and the milk's going in the tank, it all feeds into a healthier herd and an improved bottom line”, the farmer resumes. Jon Cleave is satisfied with the smaXtec health system: “I would be confident to recommend it and I've been very pleased with it on my farm.” 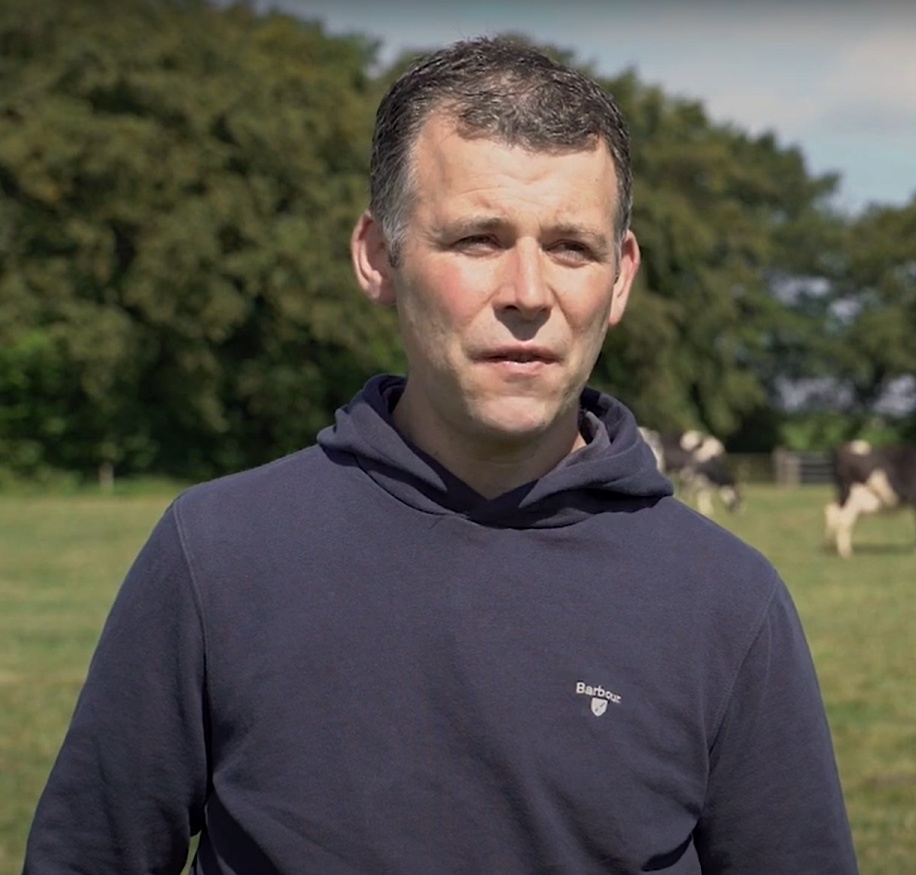