smaXtec was installed at Neston Park in 2017. Initially they were looking for a heat detection system for their dairy herd. And what changes have Paul Redmore and his team since then? Read more here.

Paul Redmore says enthusiastically: “ One of the real benefits what we are seeing with the smaXtec system is in picking up and detecting mastitis.” He reports, that they are able to pick up mastitis up to 24 hours in advance of any physical signs they normally see. This allows them to treat infections very early on and with less antibiotics. “We have found that our cure rates have gone up because of this. And our antibiotic usage has dropped significantly. 24% probably year on year.” Paul Redmore adds.

Since installing the smaXtec system, not only health has improved but also fertility has gotten better considerably. “We have seen submission rates and conception rates increase.” Paul Redmore says. One of the main benefits he sees in detecting silently bulling cows with smaXtec. “I mean you don’t actually see any visible signs, or it happens to be two o’clock in the morning with a very short activity time. smaXtec highlights those animals for us and is helping to pick them up and get them back in-calf.” Paul Redmore adds. The calving index has also improved thanks to smaXtec. “Since using the system we have knocked 15 days off. So, we are at about 405 days now.” he explains.

Paul Redmore has also seen improvement in the work-life balance since using smaXtec. “The smaXtec system has I think improved our work-life balance, really. Because it gives you confidence when you are away from the farm that you still actually have a handle on what’s going on and spot that sick cow.” Paul Redmore explains. 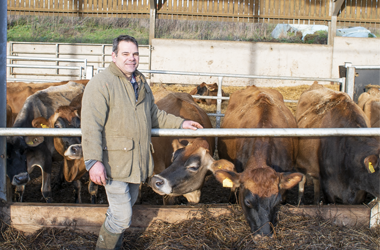