Dairy farmer from the UK, 90 cows

“smaXtec has been brilliant for me, my cows, my family, my farm. I would recommend smaXtec to anybody who wants to try it.” Paul Burnell says. “The return on investment for me would have happened within the first 12 months.”

The system has helped the farmer saves many cow lives very early on. “When getting the smaXtec system my app started pinging off temperature alerts. It was crazy.” the farmer recalls. A large number of his herd was suffering from Malignant Catarrhal Fever, which has a mortality rate of up to 80%. “Thanks to the smaXtec system we only lost 1 out of 40 cows. So we considered ourselves to be very luck.”

Since using the smaXtec system the calving index on the farm of Paul Burnell has improved significantly. “Over the first 18 months we came down from 415 to about 400 days.” the farmer explains. They were also able to improve the first service date within the first year using the smaXtec system. Also the calving alerts are a great asset to the farmer. They receive an alert up to 24 hours before calving. “This has definitely saved calves’ lives.” Paul Burnell says. 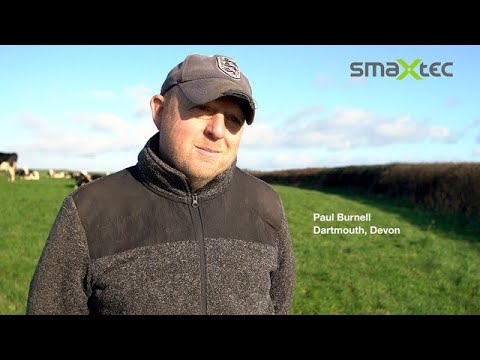