Peter and Henning Thomsen, the tech-savvy father and son duo from the Thomsen farm in Schleswig-Holstein, have been using the smaXtec system since April 2021. On their farm, they installed three milking robots and are working with two apprentices. Even after a short period, they saw very positive effects from using smaXtec: „In the past, it was sometimes difficult to react to diseases of our cows. We are thrilled with the system’s early notifications and have already made smaXtec a permanent part of our daily routine on the farm.“

The continuous smaXtec health monitoring helps the two farmers and their team to react earlier to udder infections. „Without smaXtec, the milking robot< alerts us about potential udder infections only after the second or third milking cycle, as conductivity is the only benchmark there. From our experience, the smaXtec system sends temperature alerts up to 36 hours earlier, which leaves us much more time to treat mastitis sooner. Thanks to smaXtec, we simply have more control“, says Peter Thomsen. In this way, they can save veterinary costs and take action before diseases worsen or milk yield is reduced.

Calving alerts have made things run much smoother as well, as calving has become more predictable and easier altogether. smaXtec’s early health notifications are a huge benefit to the Thomsen farm, as there are fewer cases of milk fever now: „Before, we often had problems with milk fever after calvings, but not anymore. With smaXtec, we can monitor the cows’ drop in body temperature very precisely during calvings and can administer calcium boluses where necessary. This gives us a good start into lactation, and the cows are very grateful for that.“

The fact that everyone on the farm is always informed about the animals‘ state of health in the app or the precise dashboard on the computer quickly convinced Peter Thomsen: „I think that smaXtec is perfect for every dairy farmer. Now, we are up to speed at all times and can take action or help our cows earlier, before the animals have problems or you can see them have a disease.“ 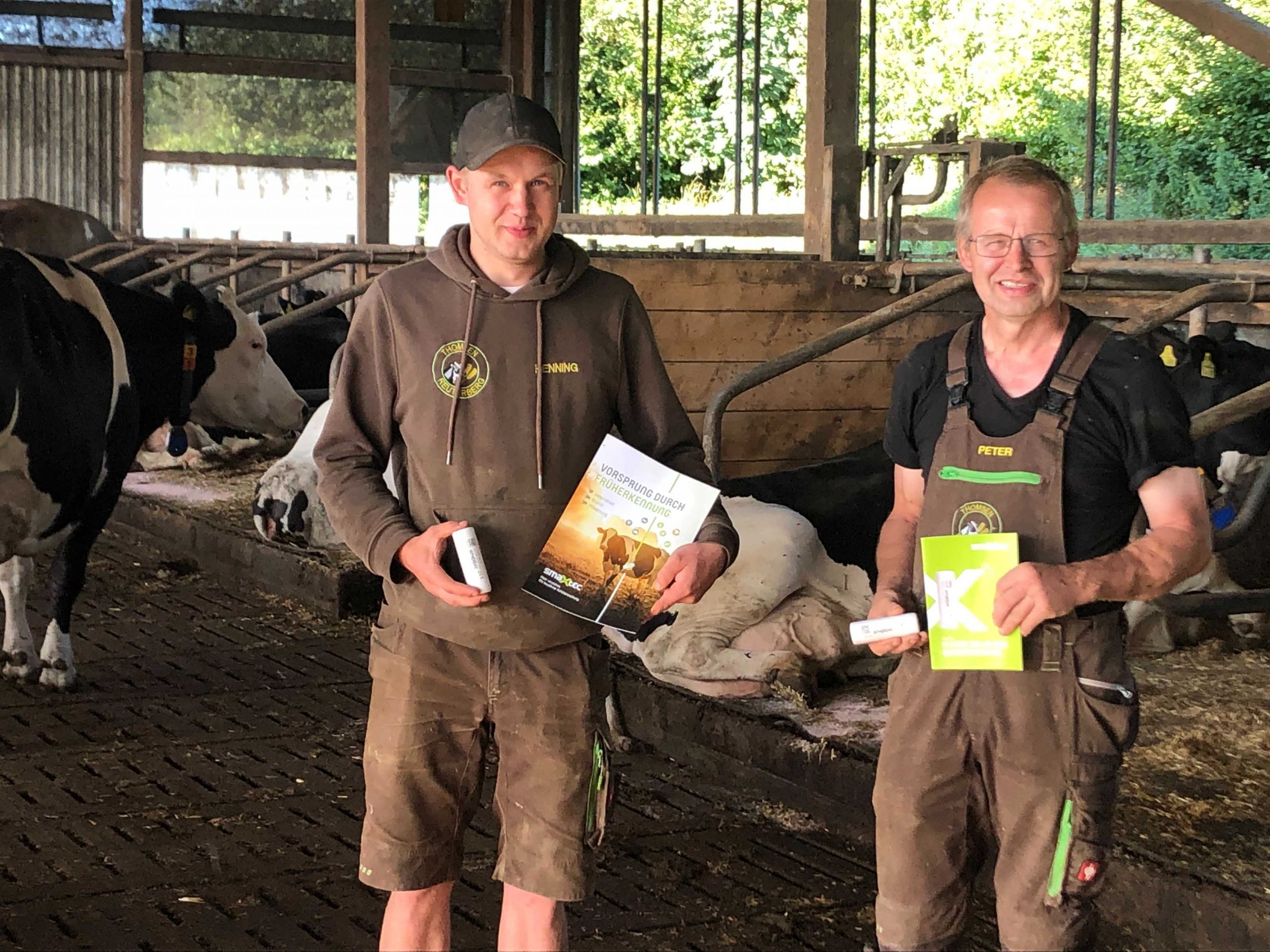