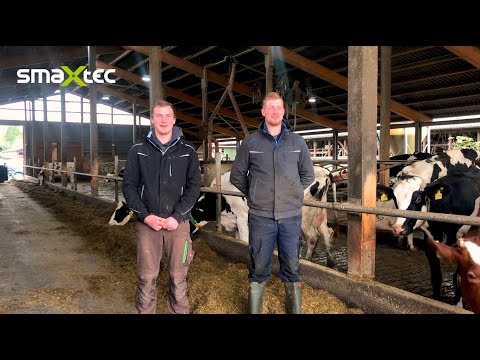 On their family-run farm in Schleswig-Holstein, Germany, brothers Tim and Christof Koep are milking 220 dairy cows together with their parents. Apart from the flexibility that smaXtec offers, the round-the-clock health monitoring was the main reason for installing the system on their farm in March 2021. Since then, the two have noticed a significant improvement in their day-to-day work, because early detection gives much more lead time in the event of a disease. This has also had a positive effect on the farm's success: “Since we started using smaXtec, we have had about 80 percent less severe disease progression and no more animal losses due to diseases,” Christoph Koep reports.

Within a few months, Tim and Christof Koep were able to noticeably improve the health of the herd and enjoy a significantly higher milk yield: “Since the introduction of the smaXtec system, we've had an increase of about 500 kg, which is an enormous boost.” This is made possible by the precise health monitoring, which allows diseases to be detected and targeted much more quickly, even before visible symptoms can be diagnosed. “Although the feed mixer is equipped with magnets, we found foreign objects in the cows. Due to the reduced rumination, we were able to quickly identify the problem and get the cow back on its feet just by administering a magnet and a painkiller - a great advantage, because treatment with antibiotics was not necessary,” says Tim Koep. The reliable detection has also proven itself in cows with pneumonia.

For Tim and Christof Koep, it quickly became obvious how valuable health data of the smaXtec system is in their day-to-day work routines: "After some time, we can already recognize certain diseases by looking at how the diagrams are interacting with each other, through symptoms such as slightly increased body temperature and reduced rumination or you can rule out some diseases right away. This helps us to detect a disease early and treat it only with painkillers without waiting time." This also reduces the workload for farmers, because even when they are working in the field, they can check their smartphones to see which animals need attention. In this way, farmers can specifically check animals with health messages without having to be with the herd in the barn all day.

Reliable heat detection was an important factor for Christof and Tim Koep in switching to smaXtec: “While the heat detection system we used previously was simply too inaccurate, the insemination index could now be significantly reduced with smaXtec. After calving, resuming to normal cycling is an important indicator of animal fertility for us. Thanks to smaXtec, we notice oestrus in the cows much earlier and have had good experience with the system. The suggested time window for inseminating our animals fits 90 percent of the time, so we achieve a high pregnancy success with little effort."

Even after successful insemination, smaXtec gives the two farmers valuable insight into the further course of the pregnancy. “If an abort or resorption occurs after a pregnancy check, we see abnormalities much more precisely. With the messages from the smaXtec system, we can follow up problems and work more efficiently overall. smaXtec also gives us an advantage around calving because the early calving notifications give sufficient time to prepare and bring cows to the calving area.”

“You really have to get to know and appreciate the system through your own experience. This is worthwhile, because the longer and the closer you work with the smaXtec system, the greater the success," explains Christof Koep. "In our opinion, there is no other system that presents the cow's health data and the corresponding recommendations for action so quickly and clearly at a glance. This allows us to increase animal health and reduce our workload – freeing up time that we can use efficiently elsewhere." 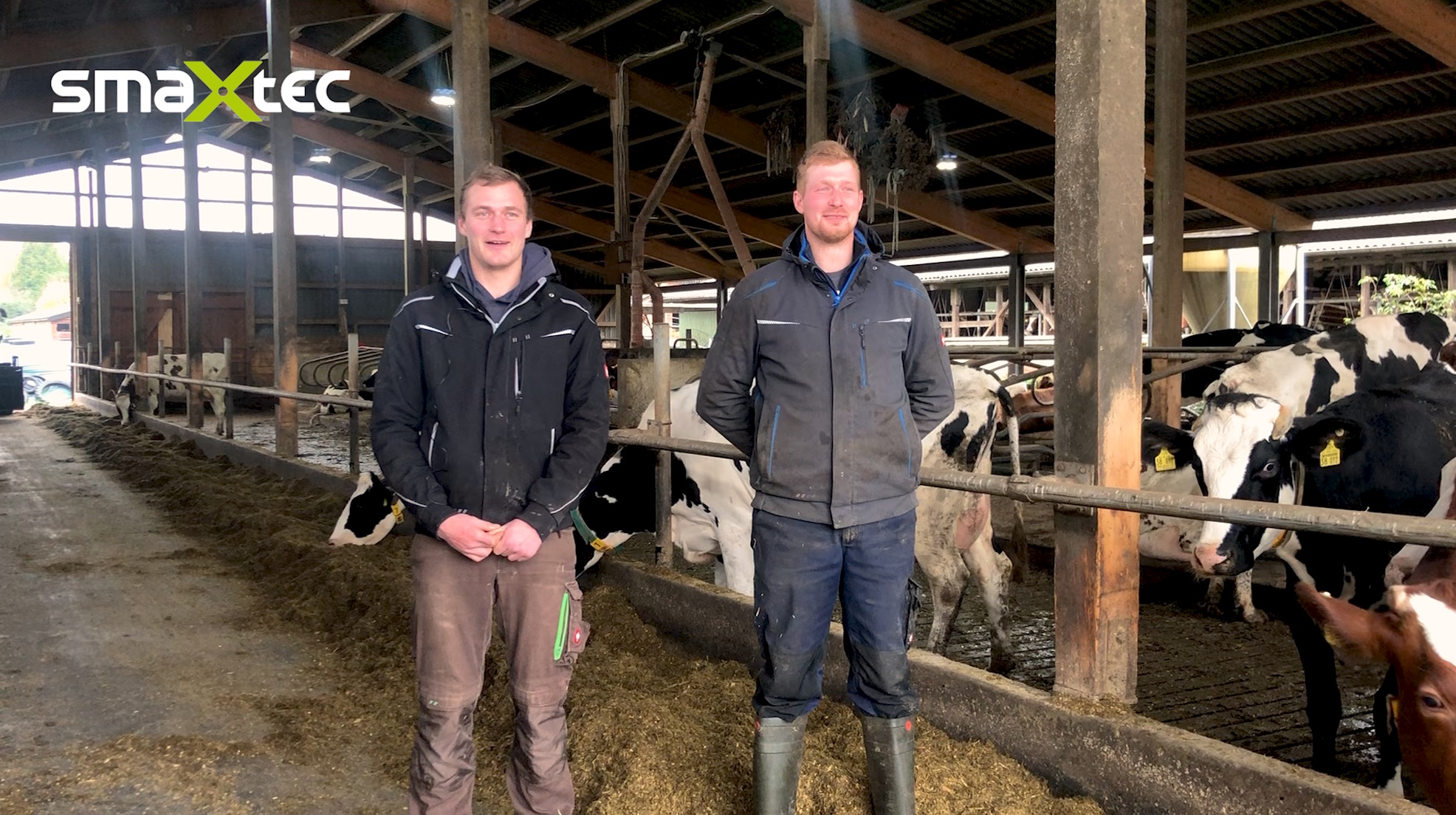