Manuela Zehendmaier, farmer from Bavaria, has always been very interested in technology in agriculture. In 2018, they built a new playpen for their cow, which now also provides the right conditions for using a sensor technology on their farm.
What particularly convinced her, when looking for the right system, was the continuous monitoring of inner body temperature by smaXtec. "Temperature measurement is the most important thing. It allows us to detect diseases better and much earlier. In addition, smaXtec notifies us when calving is imminent," Manuela Zehendmaier explains.

Before using the smaXtec system, the farmer had to get up every 2 hours for days at night to see if the calving process had already started. Thanks to smaXtec, she sleeps much more peacefully because she is informed of an imminent calving early on via push notifications. During the day she works off farm. She was always worried when a cow was close to calving. "I can now go to work during the day with inner peace as I have the certainty that I am informed if a problem occurs. I always know how my animals are doing," Manuela Zehendmaier adds. The smaXtec system also has positive effects on the farmer's private life and leisure time: "I can really enjoy my life outside the barn a lot. With smaXtec, I can always keep an eye on my animals without being on site". For example, if she is on holiday and Manuela Zehendmaier receives an alert on her smartphone, she can immediately pass on instructions to her substitute workers or contact the vet who will check on the animal.

The smaXtec system is also a great help when it comes to oestrus detection. "Often a cow is in heat for 2-3 hours during nighttime. She does not show any heat signs in the morning, but smaXtec has reliably detected oestrus. So I know that it is time to inseminate her.” The same applies to the time the animals are in the pasture. Manuela Zehendmaier is not able to always keep an eye on them there, but with smaXtec she knows which animals have shown signs of oestrus. Since using the system, the calving interval has become shorter, as smaXtec also detects cows with few signs of heat.

The early detection of diseases with smaXtec makes it possible to significantly reduce the use of antibiotics. Thanks to early detection, Manuela Zehendmaier can treat more and more animals with homeopathic remedies and mild anti-inflammatory drugs. "Thanks to smaXtec, we were able to detect cases of pneumonia before they became acute. The cows were still eating normally, but the system has already sent us a temperature alert. This allowed us to intervene at an early stage," reports Manuela Zehendmaier reports.

Manuela Zehendmaier says: "I would definitely recommend the smaXtec system! The handling is very simple and user-friendly. Once the bolus is administered, the system works by itself. No further data needs to be entered. And the integration with LKV Bayern (a herd management software) also works great," the farmer adds.
"Our own experience combined with the information from the boluses is unbeatable. It makes work on the farm a lot easier," Manuela Zehendmaier concludes. 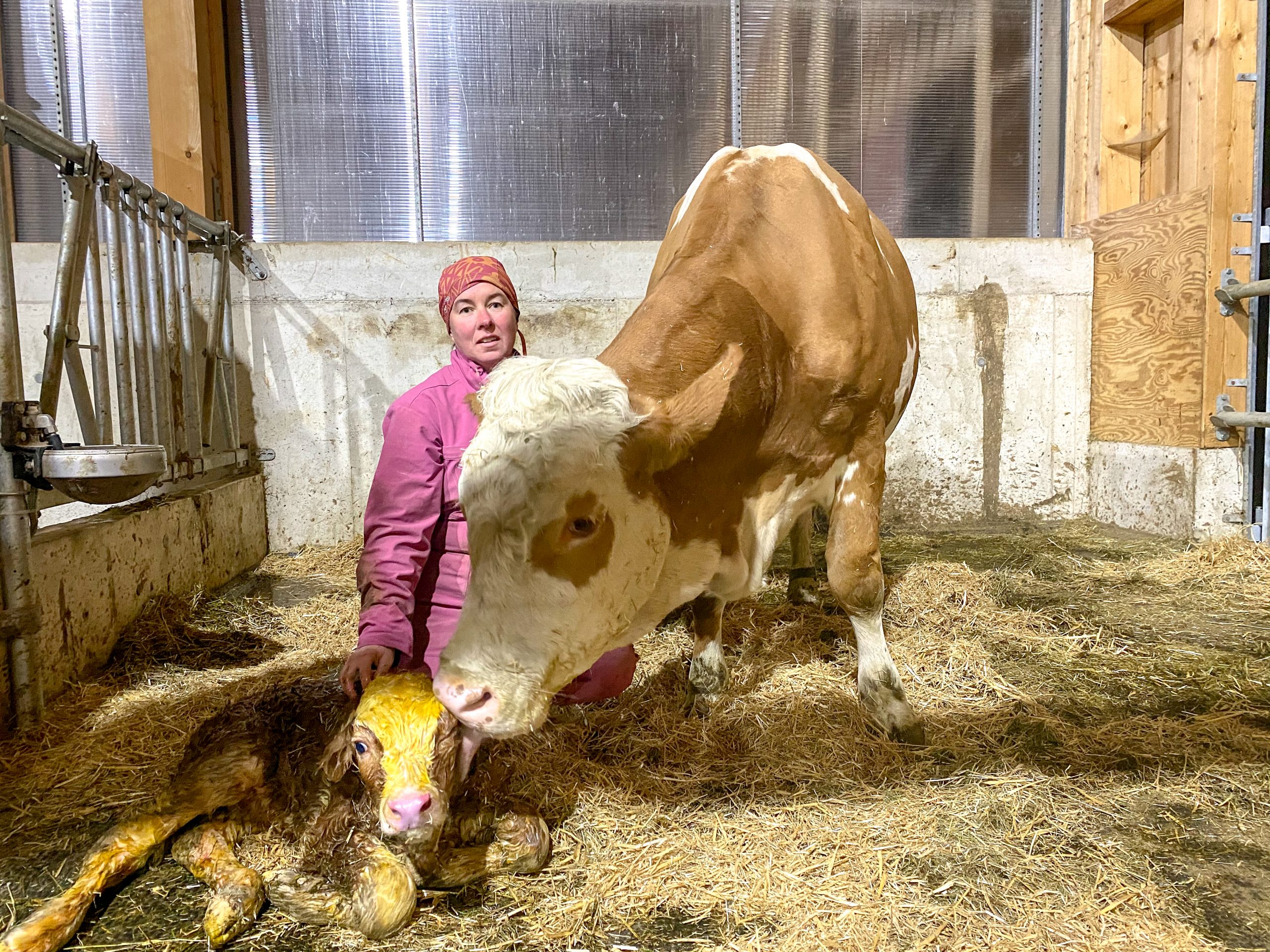