Martin Kleiner was looking for a temperature monitoring system when he came across smaXtec. By now, the smaXtec system has become indispensable and supports Martin Kleiner, Denise Lauer and their employees in their daily work.

Martin Kleiner is particularly impressed by the smaXtec health monitoring: The farmer likes the measurement of ruminating activity best. "By monitoring rumination you can see how the animal is really doing. smaXtec detects changes clearly before the milking technology indicates a drop in milk." Martin Kleiner reports.
By continuously monitoring inner body temperature in combination with the monitoring of drinking cycles and rumination, even slight health problems can be detected early on. Mastitis, for example, can be detected up to one day before external symptoms become visible. Early detection allows the farmer to save on antibiotics, because at this early stage the animals can be treated effectively with painkillers, creams or by drenching them with water. "Even pneumonia can be detected early with smaXtec. Nothing was visible on the outside yet, but smaXtec has already sent us a temperature alert. Thanks to the early warning, we are able to treat the animal more quickly and thus reduce the use of antibiotics in the long term, Martin Kleiner says enthusiastically.

smaXtec also helps Martin Kleiner and his team with heat and calving detection. "The heat detection of the smaXtec system is ingenious for inseminations! Personally, I can't imagine working without heat detection," Martin Kleiner says. For him it is clear that modern technologies like smaXtec are indispensable for farms that have set a focus on performance. smaXtec sends calving notifications within 24 hours before calving and enable the farmer to make better use of the calving area on the farm. In addition, cows that have been dried off, that give birth earlier than expected can be moved to the calving pen in time.

What does Martin Kleiner particularly like about the smaXtec system? That he always has his entire herd within sight. "With the smaXtec system I always have all measured parameters in just one diagram and can follow the progress of every single cow! That's a big advantage compared to standard animal monitoring on farms", Martin Kleiner says. The system is firmly integrated into the daily work routine. In the morning & evening, smaXtec alerts are checked and evaluated. During the day, the mobile smaXtec App is used. Thanks to the alerts, he can react faster and in an animal-specific way. "Depending on the lactation phase, I know which alert has which weighting and which measures need to be taken," the farmer reports. Even when Martin Kleiner and Denise Lauer are not on site, they can give concrete instructions to their employees.

Martin Kleiner regularly recommends the smaXtec system to his colleagues. Not only because of the countless advantages such as continuous temperature monitoring, but also, for the reason that you can see for yourself with little risk. "The monthly payment per cow makes the entry barrier relatively moderate. You don't really have anything to lose," Martin Kleiner concludes. 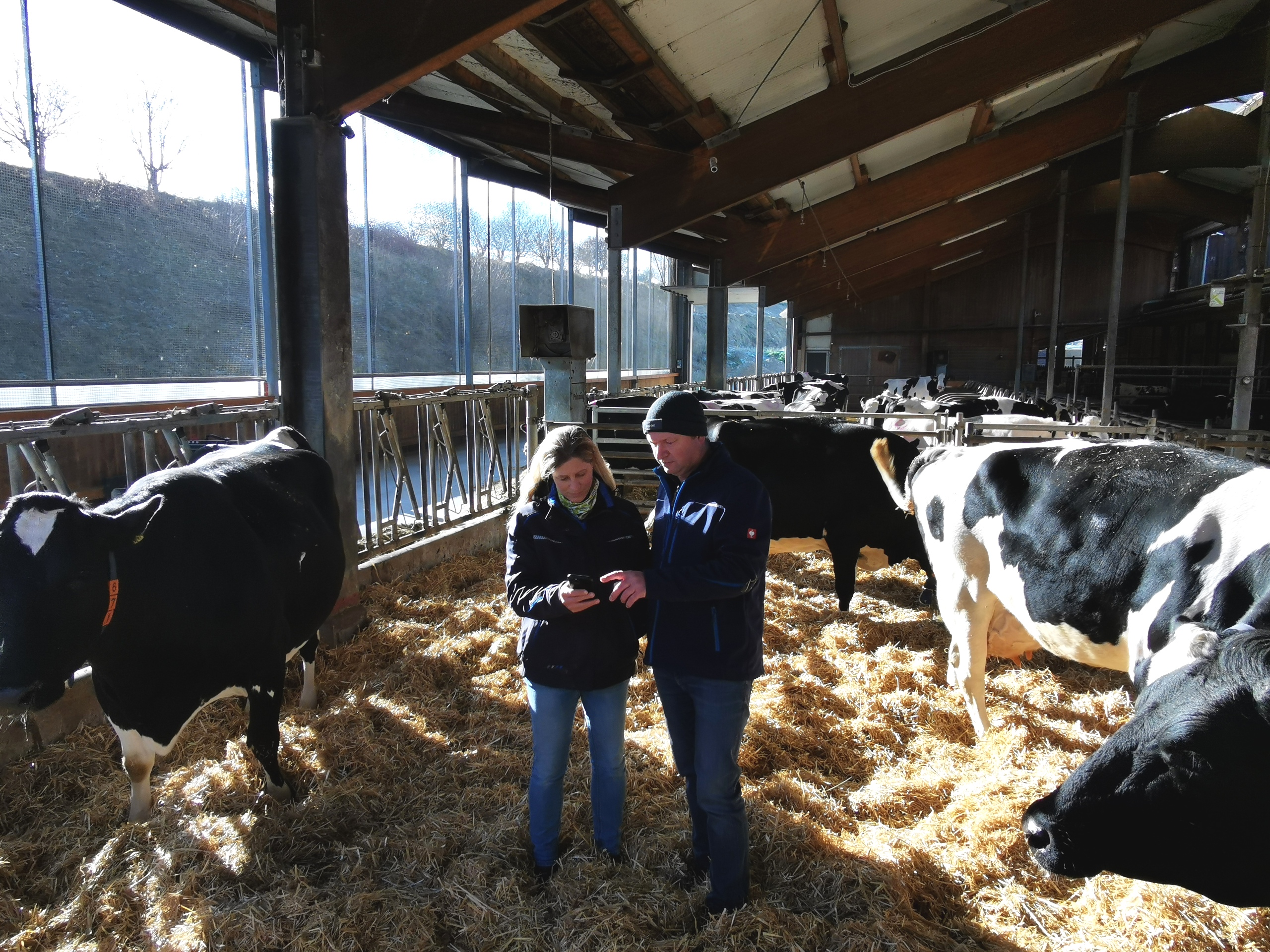